120.12 - A Map of the Northern and Middle States; Comprehending the Western Territory and the British Dominions in North America, 1792, by John Stockdale, London 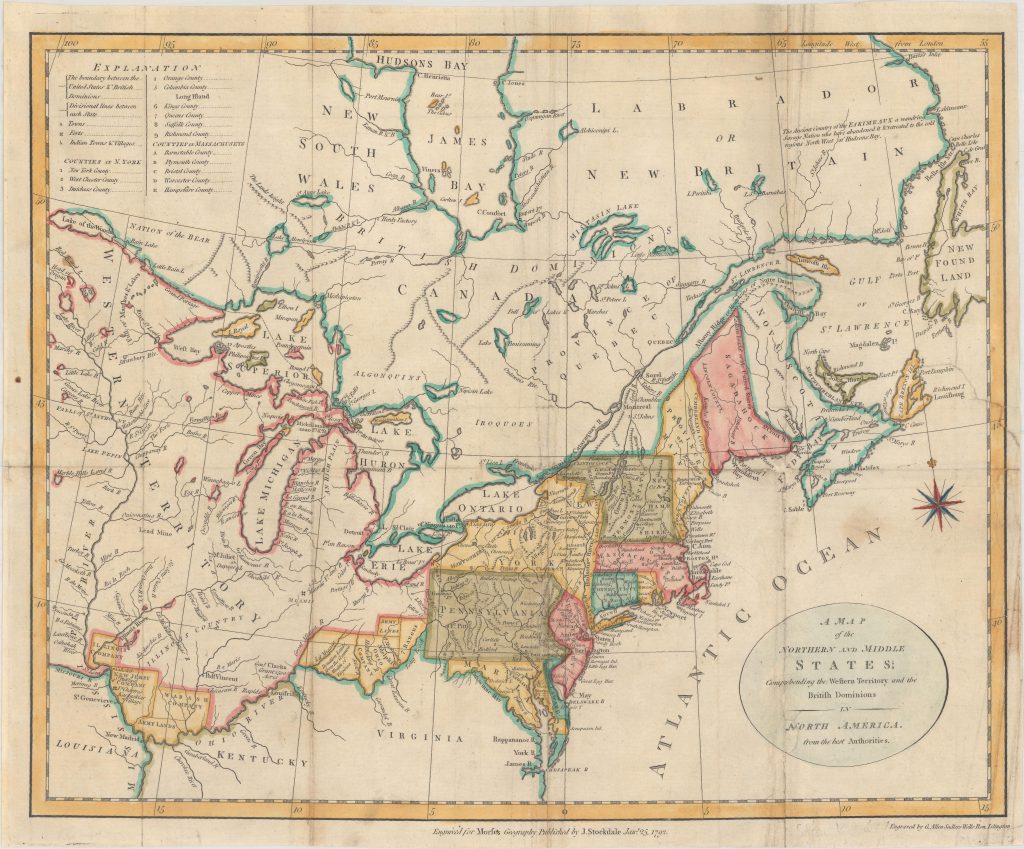 This rare offering illustrates the region from James Bay to Chesapeake Bay and the confluence of the Mississippi and Ohio Rivers. Then from the Lake of the Woods to the Gulf of St. Lawrence. Noted are a number of distorted state boundaries.  Included in the map are notations such as  “Bounty Land Grants” shown in the western frontier including Genl Clarke, Donation Lands from the Commonwealth of Virginia and the Ohio Company in Ohio, and the Wabash Company, New Jersey Company as well as  several others.  The map appeared in Jedediah Morse’s The American Geography or Views , 1794.  Of note, much of the information is taken from Amos Doolittle’s map of the same title.  This is the second state, engraved by G. Allen Sanders, Wells Row, Islington.  The map is rated Very Good (see our rating criteria on the Home Page), issued folded, now flat, with light soiling and a small chip in the title cartouche that has been repaired with archival materials.  Also, noted is the “N” in North America replaced  with a facsimile.  There is a 2″ tear right margin repaired archivally on the verso. The map measures approximately (15.2″ x 12.3″ – 36.6 x 31.3 cm).