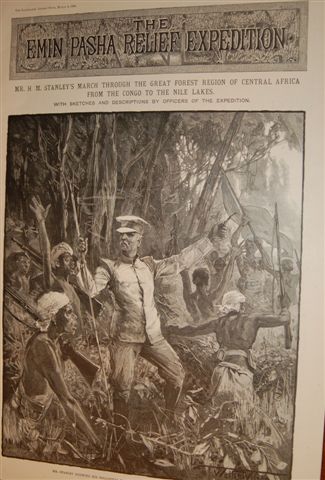 The complete special edition pp 32 of this historic relief expedition. The explorer, Henry Morton Stanley’s exploits to seek out Emin Pasha is captured in a full double page wood-block engraving by R. Taylor of Stanley’s meeting on April 29, 1888 at Lake Albert Nyanza with Mahmoud Emin Pasha; who was the governor of the Egyptian Provence of Equatoria on the upper Nile. The Ottoman Empire conferred the title of “Pasha” on him in 1886. When the Mahdists captured Khartoum in 1885, the Egyptian administration collapsed, and the upper reaches of the Nile River were cut off from the outside world. Emin Pasha was at the time the Governor of that region. The British government did not want another “General Gordon” in the same mortal danger. Stanley at the time was in the employment of King Leopold II of Belgium. He moved quickly to return to London and declared to be ready “at a moments notice” to go to the Congo. He then approached J. F. Hutton a businessman and the two formed the “Emin Pasha Relief Committee”. In London on January 1, 1887, Stanley prepared the expedition which received widespread acclaim by the British people. The special publication offered here is a unique piece of history with some 28 wood-block engravings that include images of the various members of the expedition and scenes of the events. The publication is in its original string binding and the condition is rated Excellent [see our rating criteria on the Home Page] with no noted flaws apparent. It measures approximately (11.5″ x 15.7″ – 29 x 40 cm). 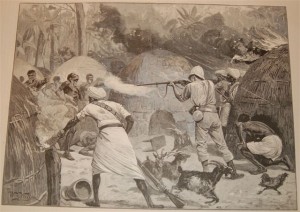 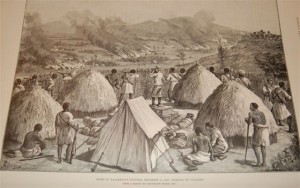 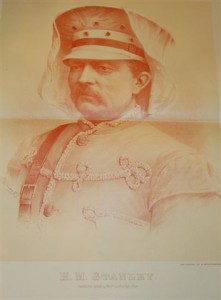