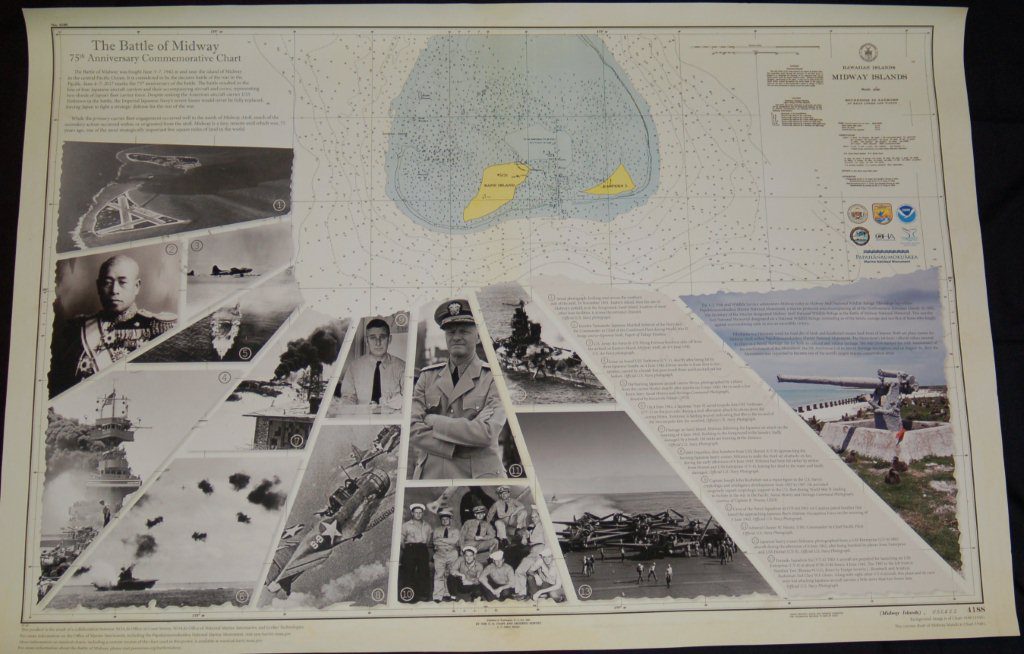 The Battle of Midway was fought June 3 – 7, 1942 at and near the island of Midway in the central Pacific Ocean.  It is considered to be the decisive battle of the war in the Pacific.  On June 4 – 7, 2017 marking the 75th anniversary of the battle, the U.S. Government issued a commemorative chart of the battle region.  The battle resulted in the loss of four Japanese aircraft carriers, representing two-thirds of Japan’s fleet carrier force.  The chart is filled with historic photos of the event.  A true collectors item of WW II.  The chart is in Excellent condition  [see our rating criteria on the Home Page] in new condition, it measures approximately (26.4″ x 38.5″). 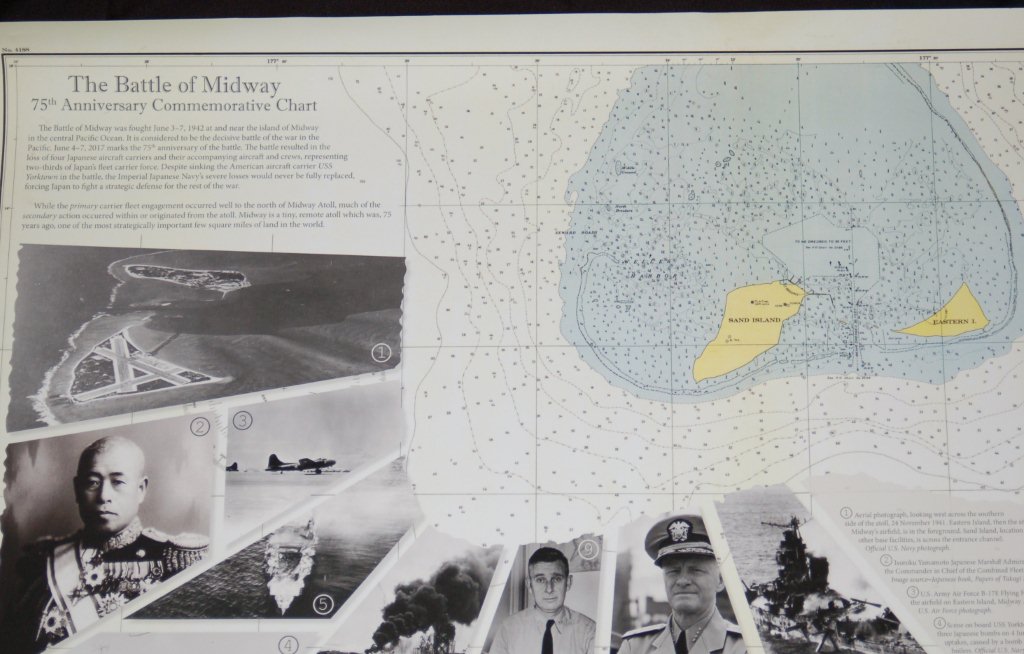 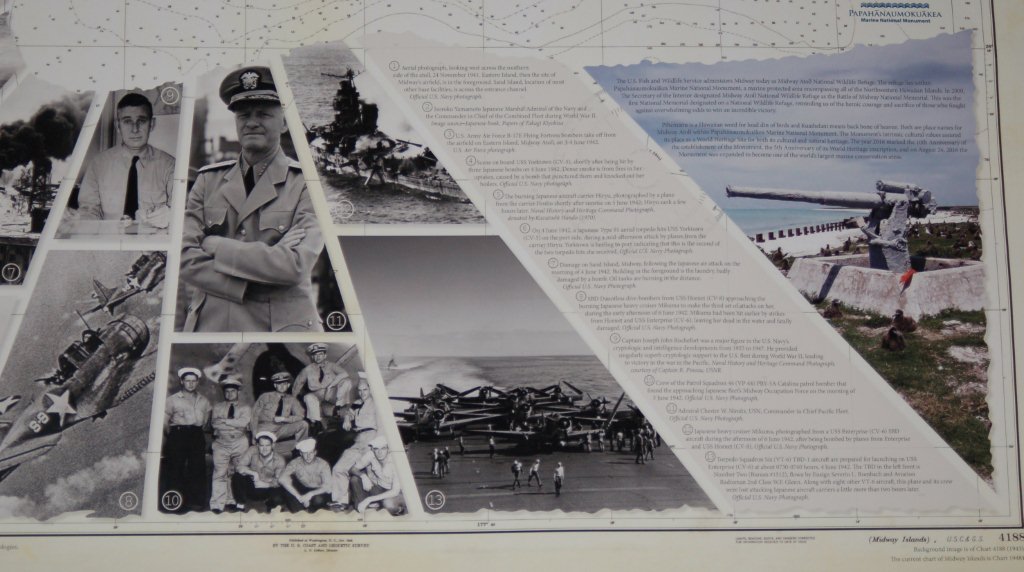