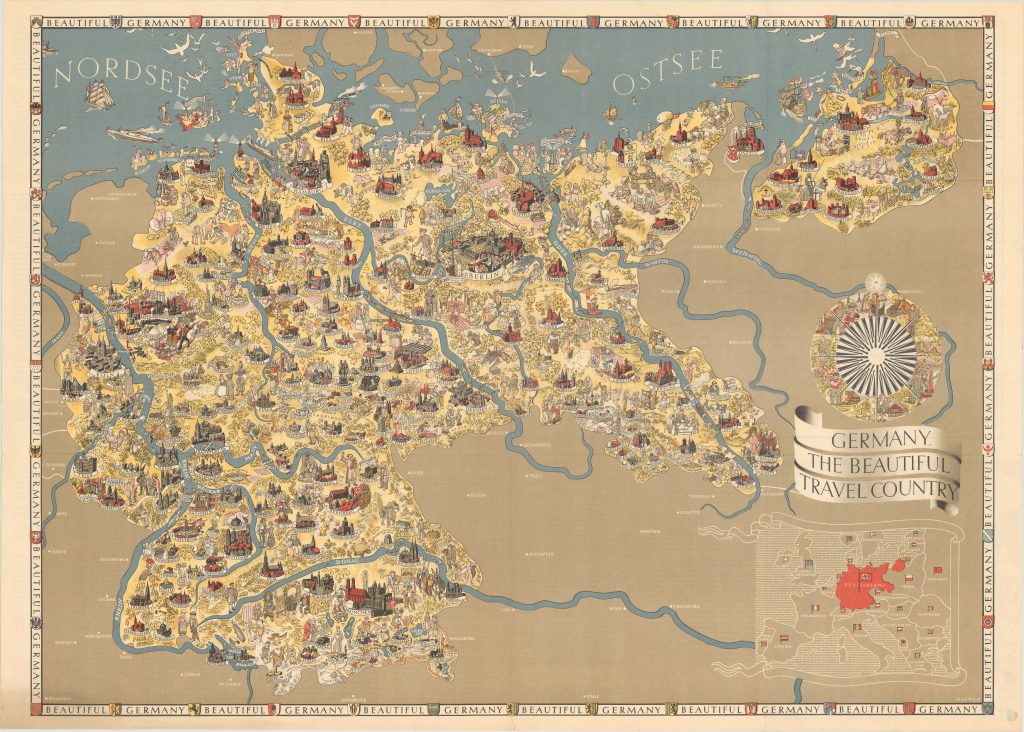 An unusual pictorial map of Germany issued shortly before the 1936 Berlin Olympics.  It is filled with cartoon style images depicting the German people (note all blond) and their cities.  In the various depictions is the Nazi symbol around Nuremberg, Munich and Hanover.  The Olympic games are noted around Berlin.  In the lower right corner is a small map of Europe with Germany prominently displayed in red with a swastika flag.  The verso contains s travel map and text.  Published by the Reichsbahnzentrale fur den Deutschen Reiseverkehr , Berlin.  The map was produced in several languages, this particular one in English, intended for American consumption set in a self-folding pictorial wrapper.  The map is rated Excellent (see our rating criteria on the Home Page) with only a small tear noted, confined to the lower blank margin that has been closed on the verso with archival tape.  In full color the map measures approximately (36.6″ x 22.2″  – 77.7 x 56.4 cm). 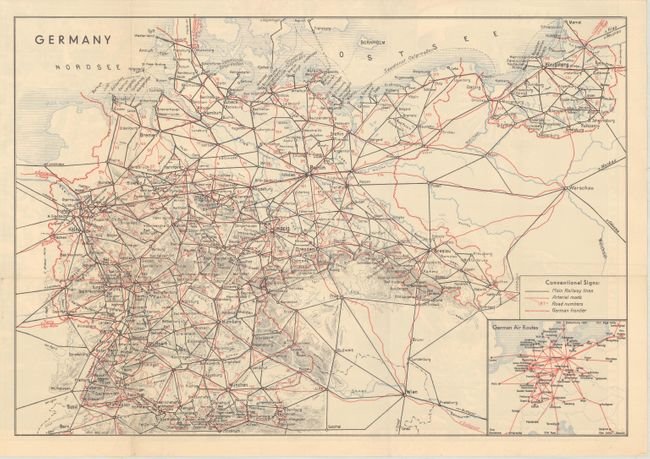 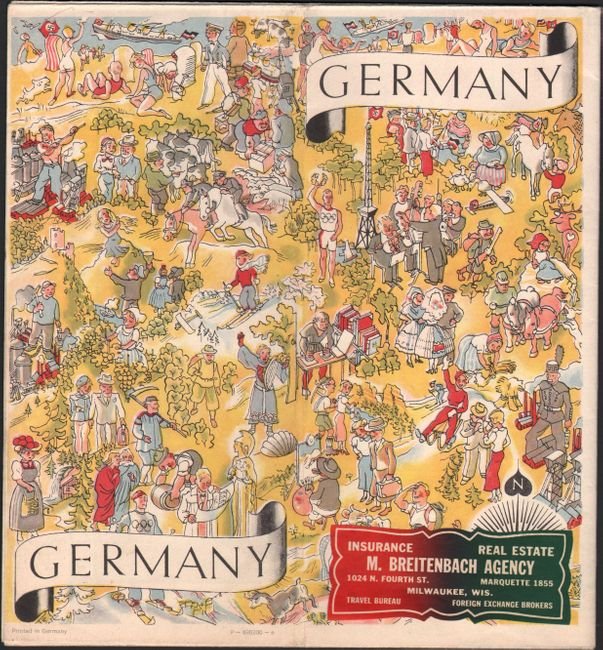