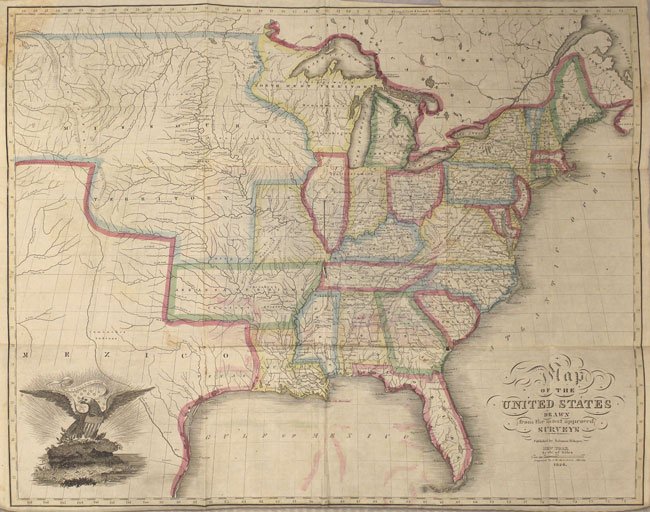 This rare copy of the map was engraved by G. W. Merchant of Albany.  It is a direct copy of Anthony Finley’s map published both as pocket and atlas editions.  The geographic detail is exceptional, covering the Rocky Mountains to include the Missouri Territory.  The new state of Missouri is also depicted.  The Arkansas Territory incorporates the present-day Oklahoma and the North West Territory, includes both Wisconsin and eastern Minnesota.  Texas is shown as part of Mexico.  The United States emblem is prominently shown in the lower left corner.  The map is rated Excellent [see our rating criteria on the Home Page] with some light color offsetting and a chip in the left upper corner that has been repaired on the verso.  Several small splits are noted at the fold marks.  The map measures approximately ( 20.8″ x 16.3″ – 52.9 x 41.4 cm) in original hand coloring.