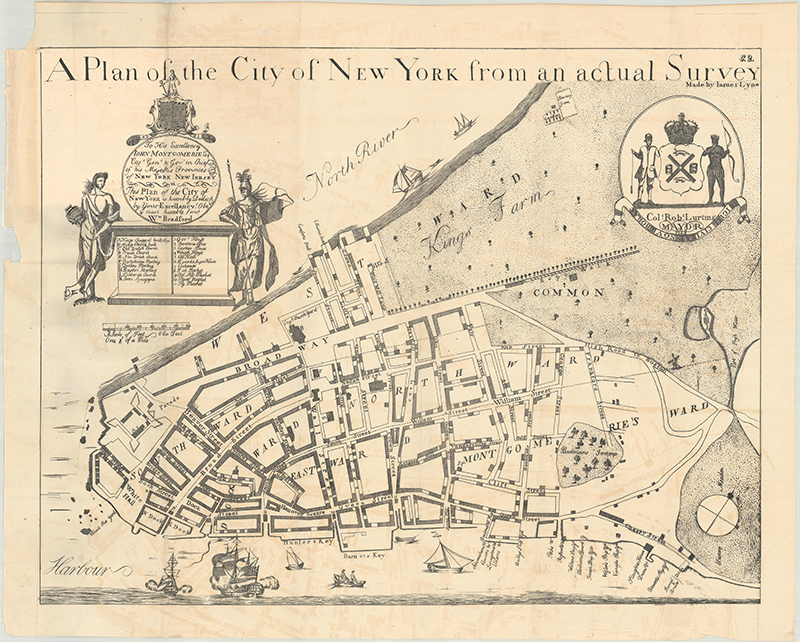 This early facsimile edition of the Bradford map of New York is one of only 3 original examples known.  It originally appeared in the report of the Secretary of the Treasury on the warehousing system which showed the development of docks in the city.  Attached to the facsimile was a map that extended the detailing of the plan prepared by Edward Ewen which included a plan that would extend a pier along the North River.  The print is rated Excellent [see our rating criteria on the Home Page] with good and dark impressions.  Both maps were issued folded with some light offsetting.  A chip is noted along the border outside the margins.  The first map measures approximately (21.9” x 16.9”).  The second map measures approximately (34.0” x 3.8”).