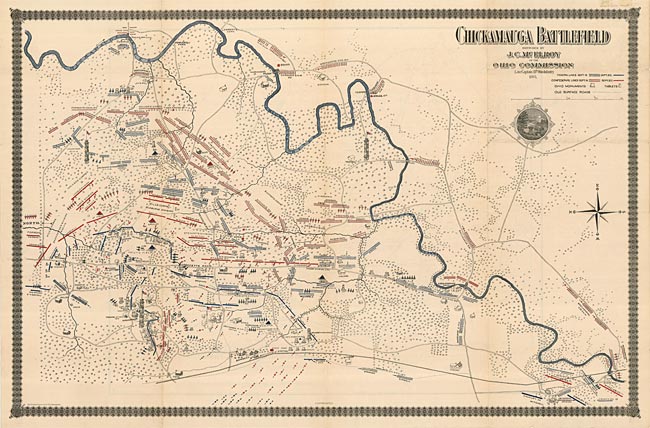 A detailed battlefield map of Chickamauga with topographic data including buildings and landmarks.  Union forces of the Army of the Cumberland and the Confederate Army of Tennessee during the battle September 18 – 20, 1863.  The location using color (red for the Confederates and blue for the Union) of the forces and their lines with Lee’s headquarters at Gordon’s Mill shown in detail with some names given of homes owners in the area of the battle.  Sheridan, Stewart’s Division is also noted.  On the verso is a Map of Chickamauga and the National Military Park, which was established in 1890.  The map is rated Very Good with several minor separations at the folds.  The map measures approximately (29.1″ x 19.0 ‘½ – 73.7 x 48.3 cm).