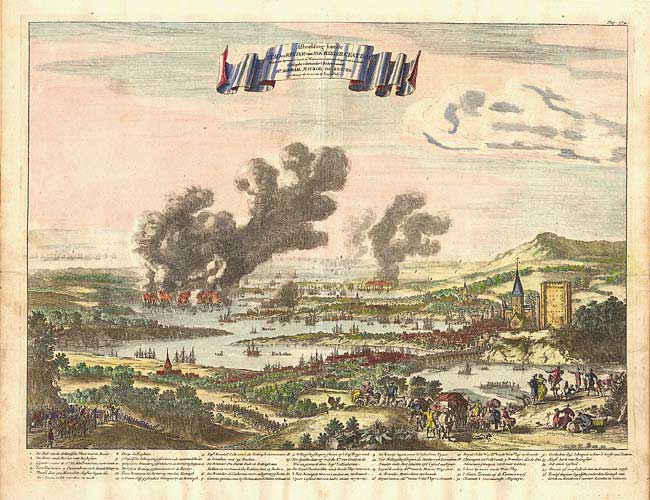 This is one of the most magnificent battle view produced by Stoopendael depicting one of the most famous battles between the English and Dutch. The panorama illustrates the region of Rochester, England and the entrance to the River Thames, where the Dutch fleet destroyed and captured numerous British ships; including the Royal Charles. The city of Rochester is well depicted with river and bay filled with burning ships. The hills overlooking the battle scene show many on-lookers and the army below moving forward into battle. The text along the bottom of the print provides details of the engagement. The print is rated Very Good [see our rating criteria on the Home Page] with only a few light foxing stains noted in the text portion. The print measures approximately (13.5″ x 9.5″) accompanied by a certificate of authenticity.