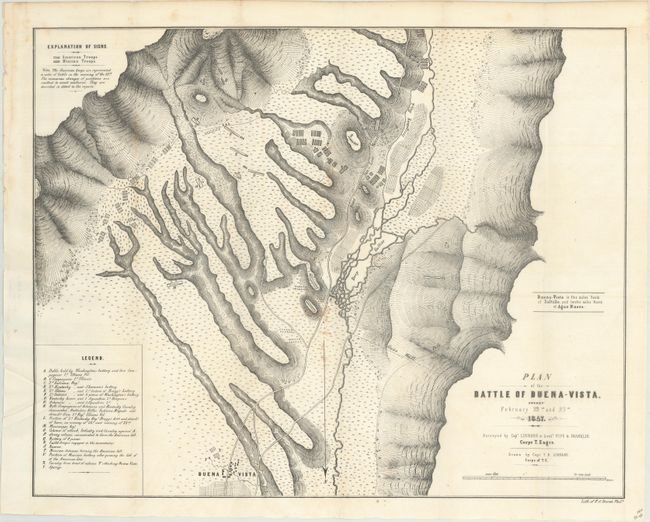 A very detailed battle plan showing a critical battle in the Mexican – American War.  General Zachary Taylor’s forces were outnumbered 5 to 1 but they held on and defected the Mexican forces under the command of General Santa Ana; ending the war in northern Mexico.  The two men found their way into history; in November 1847 Taylor became President of the United States that November and Antonio Lopez Santa Ana became President / General of Mexico that same year; a reminder to him of the battle at the Alamo in 1836.  The map, issued folded; has only small staining along the fold marks.  Rated Very Good [see our rating criteria on the Home Page] it measures approximately (20.3″ x 16.1″  – 51.6 x 40.9 cm).