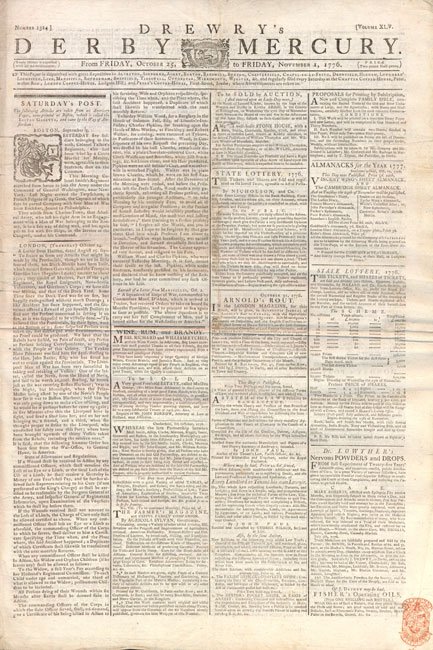 A newspaper with stories of the beginning of the American Revolution dated October 25th to November 1st of the year 1776. This rare 4 page newspaper shows the buildup of British troops on Long Island as the English prepared to engage General Washington and the Continental Army. There is a Red Tax Stamp seen at the bottom of the front page. It is this stamp that the British Parliament imposed on the colonies that was known as the Stamp Act of 1765. In part, the tax helped bring about the American Revolution. Included the newspaper is a map illustrating the location of the region with an inscription “as many of the Readers of this paper may not have maps, and must therefore be unacquainted with the situation of the Army on LONG ISLAND, and it contiguity to the TOWN and ISLAND of NEW YORK, we here present them with a MAP of those Places, copied obligingly favoured by Mr. GREGORY of Leicester”. The newspaper’s condition is rated Very Good with the price of Two pence Half – penny located in the lower right corner. The map measures approximately (5.5 x 3.8″ – 14.0 x 9.7 cm). 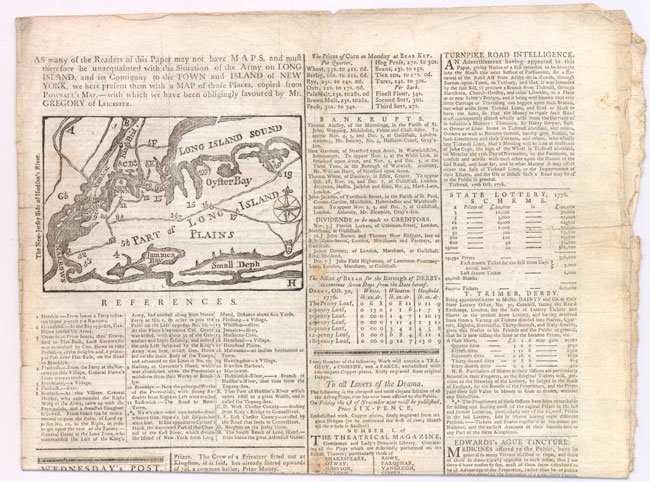