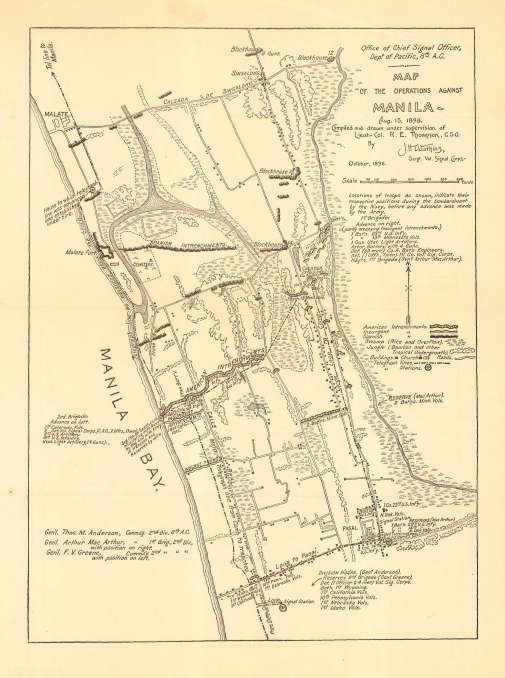 The map was copied from a hand drawn field compilation of Manila. Published by the War Dept. in 1900 as Senate Document 426, 56th Congress. The map shows location of troops during the bombardment by the Navy and ‘complied by Lieut – Col R. E. Thompson, G.S.O. and drawn by J. H Watkins, Sergt. Signal Corps’. The uncolored publication is full of detail about the U. S. attacks on Manila during the Spanish American War. The map measures approximately (7.5″ x 10.3″) with it’s condition rated Very Good [see our rating criteria on the Home Page] and normal age toning noted; fold marks as issued.