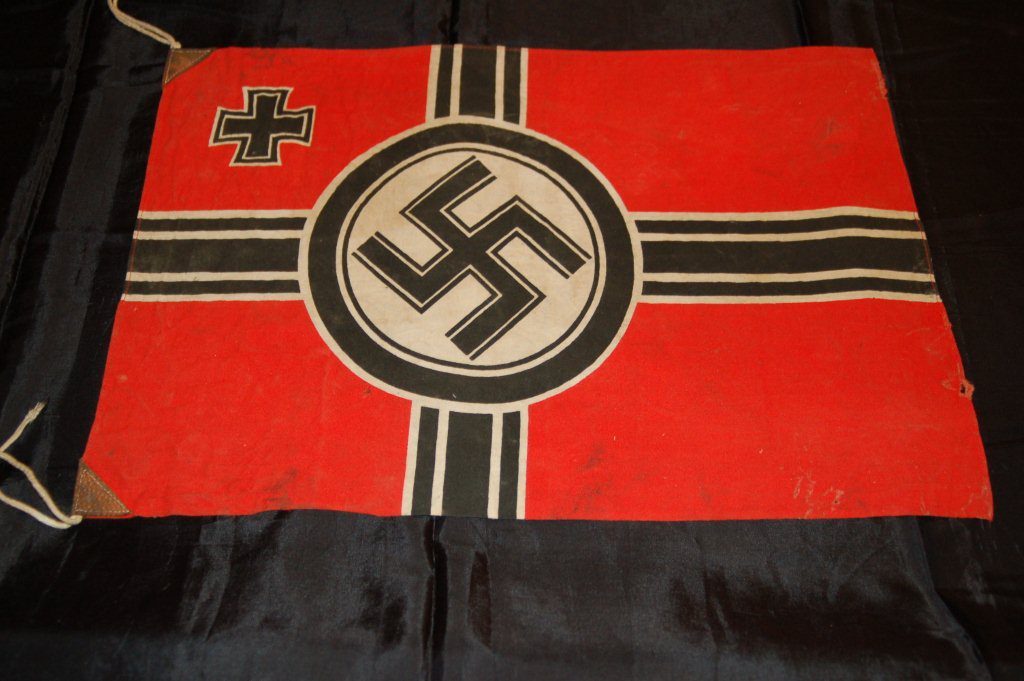 The flag was found in a German bunker on Walcheren Island, Netherlands.  The German Atlantic wall system, referred to by Hitler as the “Fortress Walcheren” was occupied by the 202 Naval Artillery Battalion during the allied attacks of September – October 1944.  Additionally, the Wehmacht 31st Battalion Infantry were in support on the Island.  These bunkers defended the shipyards at Flushing, used by the German Navy and the Schelde river which was the entrance to the port of Antwerp, Belgium.  The flag measures approximately (19″ x 13.5″ –  49.0 x 34.5 cm ). It’s condition is rated Very Good [see our rating criteria on the Home Page] with one minor tear noted on the right side edge of the flag intruding ½ cm.  There are some smudge marks noted.   All items come with a Certificate of Authenticity inscribed with the purchasers name.