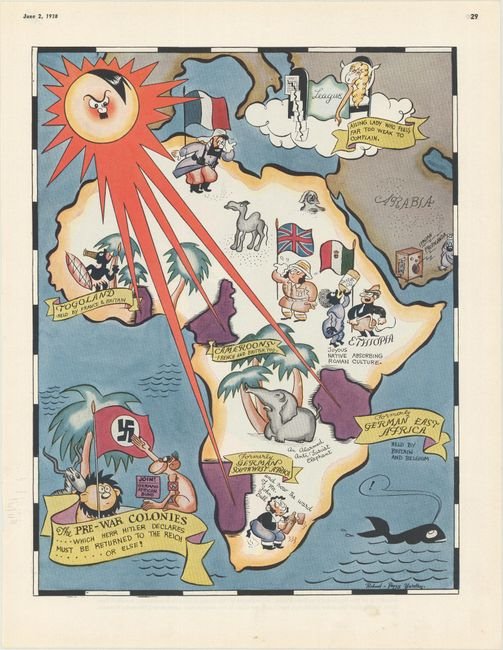 The article was written by Richard and Peggy Yardley for the June 2, 1938 edition of Ken Magazine.  It graphically depicts Hitler’s desire to reclaim lost colonies in Africa as a result of the Treaty of Versailles (1919).  The illustration shows Hitler as a red sun looking down on parts of Africa and shows flags of European nations.  The lower left corner is a vignette showing a monkey pointing to a Nazi flag encouraging other animals to join the German Federation. At the top right is a representation of the League of nations an “ailing lady who feels far too weak to complain”.   On the verso is a cartoon illustrating Francisco Franco, military dictator of Spain at the time, as a human doll being controlled by Hitler and Mussolini.  The cartoons were published a year before the outbreak of WW II.  The newspaper pages condition is rated Excellent [see our rating criteria on the Home Page] with no issues noted.  The pages, in color measure approximately (8.9″ x 11.4″ – 22.6 x 29.0 cm). 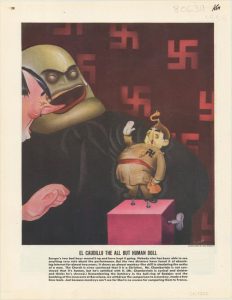