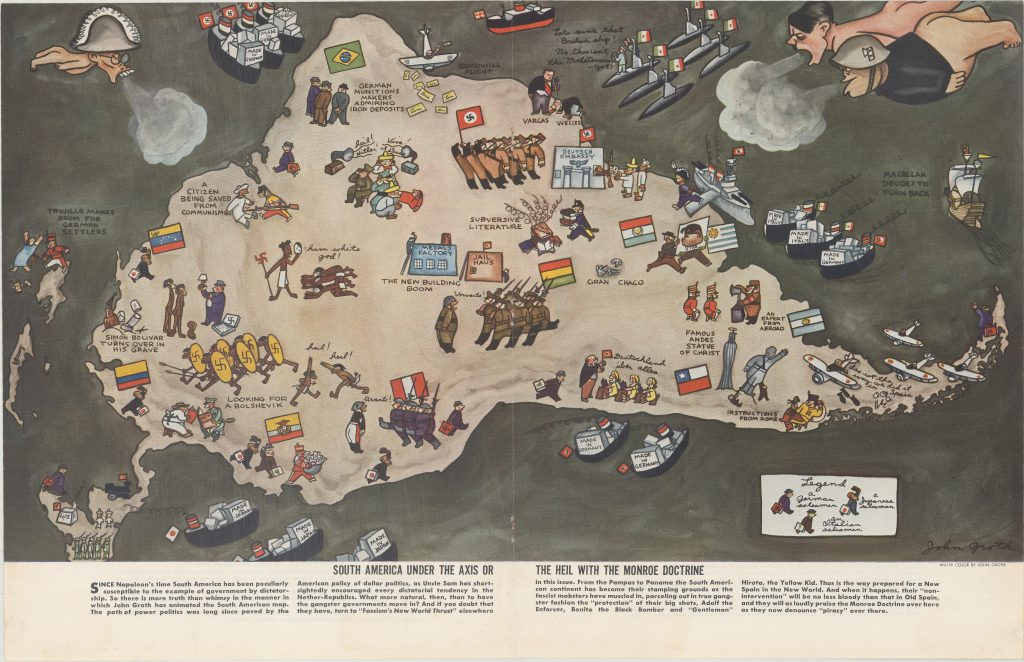 This satirical map denounces the infiltration of the Axis powers in South America just prior to the outbreak of WWII.  Cartoon like figures of Nazi German soldiers, Italian and Japanese salesmen and a variety of miliary appear throughout the map.  Looming in the skies above are Nazi forces created by “Adolf the Enforcer, Benito the Black Bomber and Gentlemen Hirota – the Yellow Kid”, as described in the text below the map.  There are images of violence throughout the map.  Of note, there is a citizen in Venezuela “saved from communism” by being gutted with a bayonet; and Rafael Trujillo stabbing a woman in the Dominican Republic to “make room for German settlers”.  Then there are cargo ships arriving from Germany, Italy and Japan.  The map was drawn by John Groth and published in the second issue of Kens Magazine – April 21, 1938.  This was, at the time, a controversial ant-fascist magazine.  On the verso of the map are satirical cartoons of Japanese General Kenji Doihara and Benito Mussolini.  The map is rated Excellent (see our rating criteria on the Home Page) a very clean and crisp copy, with small staple holes along the centerfold, as it was issued.  The print, in full color, measures approximately (20.7″ x 11.4″  – 52.6 x 29 cm). 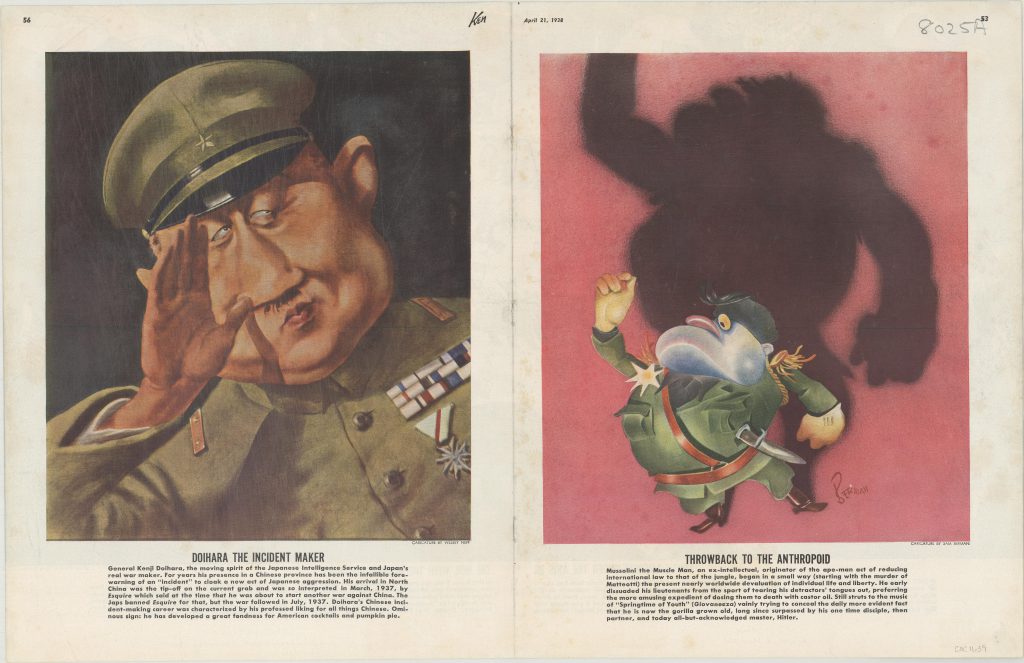