This is one of the earliest atlas maps to show Alaska as a United States possession.  It covers a wide geographic area from Great Bear Lake in northern Canada west to the Siberian coastline.  Of note, are the numerous red isothermal lines provided by Louis Blodgett.  There are included two insert maps, one of the northern U.S. and the other, of North America.  The rating is Excellent [see our rating criteria on the Home Page] with only a few age toning spots noted.  Printed in color, the map measures approximately (25.8″ x 16.1″  – 62.1 x 41.0 cm).  The map is accompanied by two documents prepared by the U.S. Senate; “Communicating a Copy of a Treaty Between the United States and His Majesty the Emperor of all of Russia…. 1867″. Also,   “Message from the President .. in Relation to the Transfer of  Territory from Russia to the United States…. 1868″. 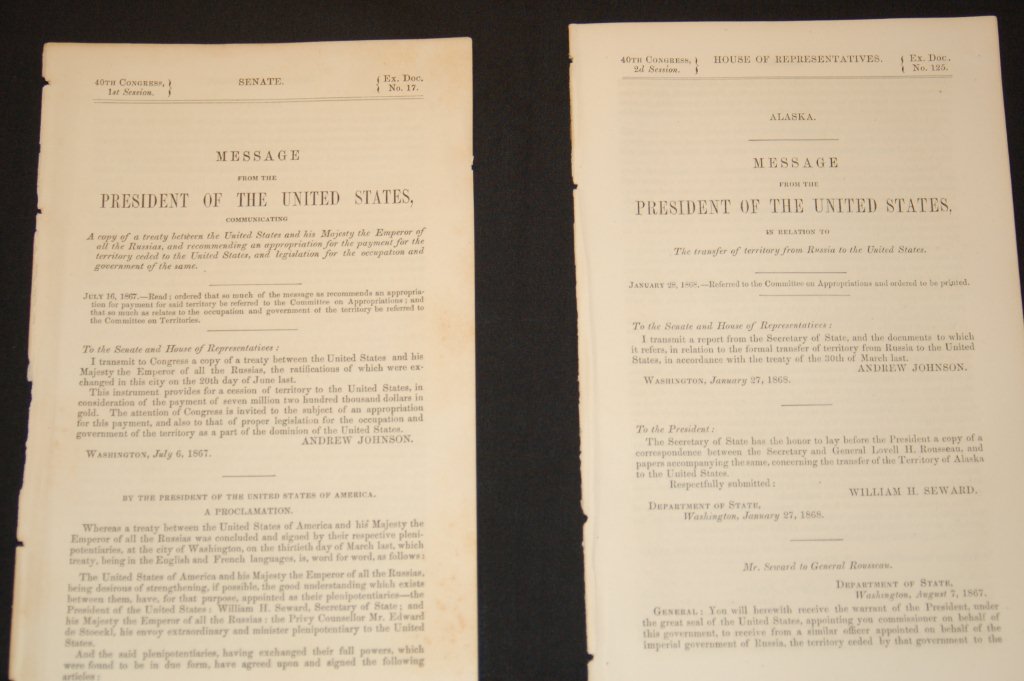