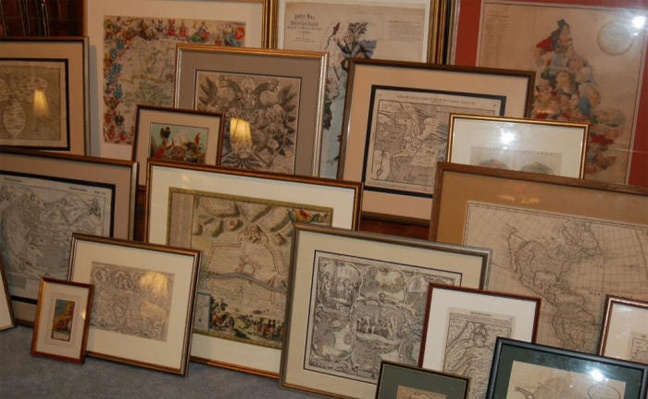 We will list your antique map, print, or globe on our web site, for up to twelve months, at no cost to you.  Our sales commission (30%) only applies if the item(s) is sold.  To find out more about this service, please email us with out contact form and provide a description of your item(s) along with a daytime phone number.

Map Descriptions:
Descriptions of antique maps for sale in our website catalog are as complete as possible. Map sizes are mostly in inches and measured to the nearest inch. Many of the items have a full screen photo blow-up. Simply place your cursor on the thumbnail image shown next to each description and click once.

We provide certified map appraisals.  The documentation is a legal instrument that serves for insurance coverage and other needs.  The service charge is $50 per map.  To obtain additional information and to schedule an appointment at our Frederick, Maryland location, please use the following contact form and provide the title of the map, your name and telephone number. 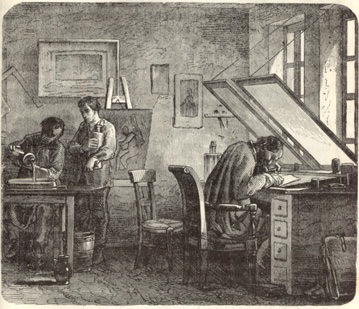 The art of engraving a map or print was first seen in the Rudimentum Novitiarum in 1475 as woodcuts. Accomplished with an edge-shaped tool known as a “burin” the engraver would create images that could then be transferred. This process on wood, however, limited the number of impressions that could be made. Copperplate engraving began with two very skilled artists; Martin Schongauer and Albrecht Durer. Both men had fathers that were goldsmiths. As such the men were exposed to seeing small engraved plates of gold and silver whose incisions into the metal were filled with various materials that complemented the design. The first engravings made from a copperplate were produced in Germany in the 1470’s. Ptolemy’s atlas published in Italy in 1475 is one of the earliest known attempts to print from copper. During a later period a similar technique was developed by Aloys Senefelder (1771-1834), a native of Prague, Czechoslovakia. While walking in a forest region near his home, he sat by a stream and drew designs on several stones. He recognized that an image could be transferred from a stone and would withstand many printings. He selected limestone with its equal affinity for both grease and water. Thus, became the basis for lithography. Off-set lithography and copperplate engraving became the main-stay for map publishing until the early part of the 20th century.

History is a dialogue that never ends.

Each original map, print or globe is accompanied by a Certificate of Authenticity inscribed with the owners name and address.