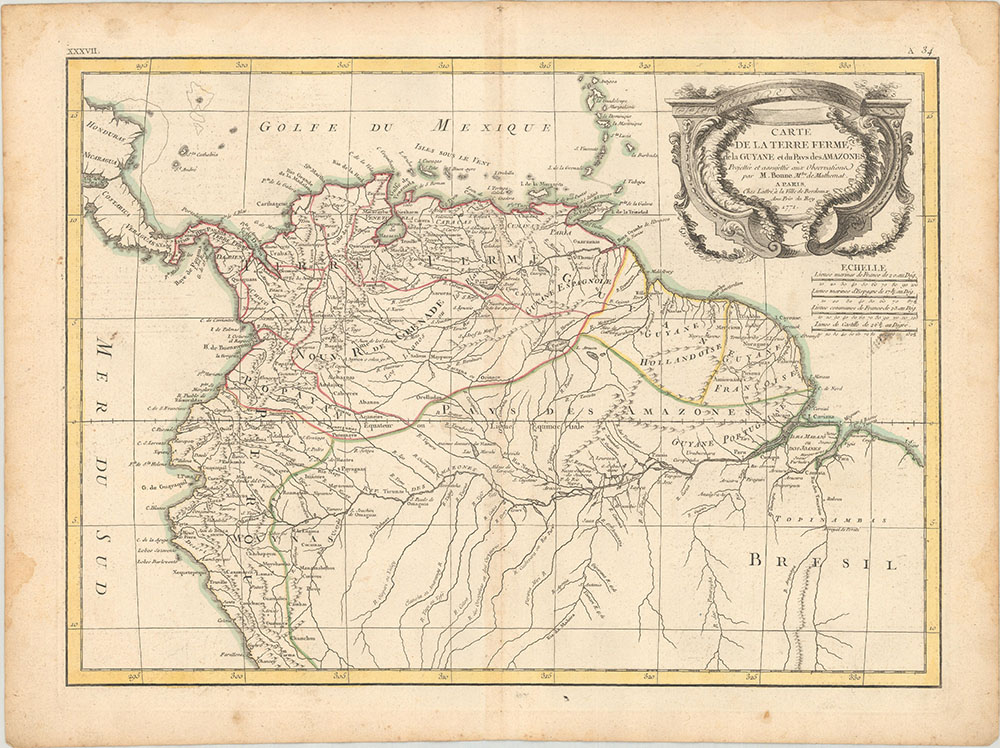 This uncommon and finely engraved map covers the region known as Tierra Firma (Columbia & Venezuela), the Dutch, Portuguese, and French colonies of Guyana; as well as parts of Peru and Brazil.  The portion named “Pays des Amazones” shows a particularly well delineated Amazon river.  One of the most interesting features on the map is Bonnes’s inclusion of the apocryphal Lake Parima that was first described by Sir Walter Raleigh in the 16th century.  Good topographic detail is given to include various tribes and other local information.  Bonne (1727 – 1795) was an engineer, mathematician and cartographer.  He succeeded Jacques Bellin as hydrographer at the Depot de la Marine.  Of note is Jean Lattre’s Atlas Martime … 1762.  The map is rated Very Good [see our rating on the Home Page] published in outline color on watermark paper, minor age toning is noted, several small holes in the margins with damp stains along the edge of the sheet.  The map measures approximately (16.9″ x 21.1″  – 42.9 x 30.7 cm).