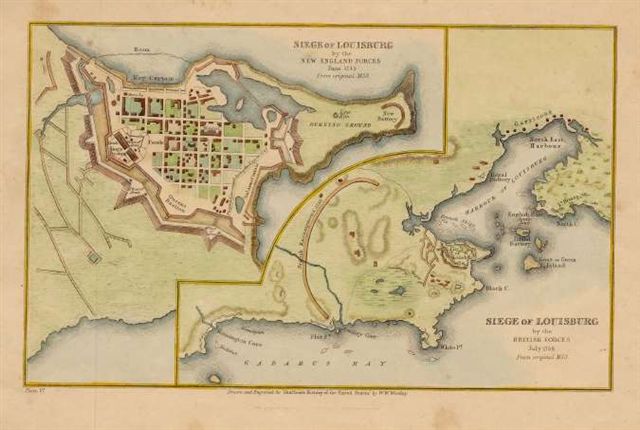 From Shaffner’s History of the United States, the map depicts the location of British forces and the French fornications of Louisburg during the French and Indian Wars. British forces had set out to capture the French Fortress at Louisburg at Cape Breton Island. They attacked the fort on April 30, 1745 and finally captured the French position on June 17th. The fortifications were handed back to France in 1748 as a result of the Treaty of Aix-La- Cahpelle. The map measures approximately (9.8″ x 6.9″) and its condition is rated Very Good..