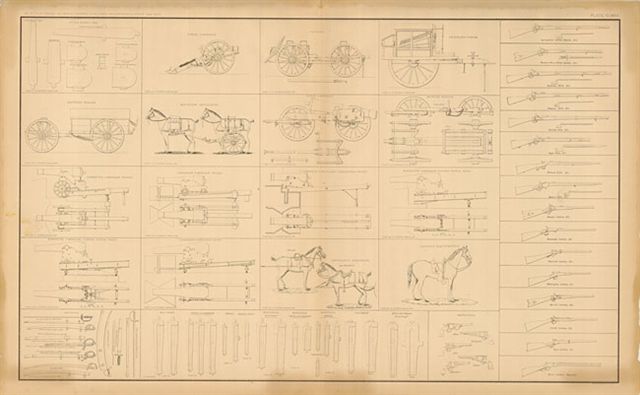 Produced some three decades after the end of the Civil War, drawings of the Union Army field equipment (plate CLXXIV) from the Atlas to Accompany the Official Records of the Union and Confederate Armies, show in detail the guns to wagons used in the conflict.  The print is rated Very Good, with some separation at the fold marks, reenforced on the verso and some age toning noted.  The print measures approximately (27.8″ 16.5″ – 70.7 c 42.0 cm).