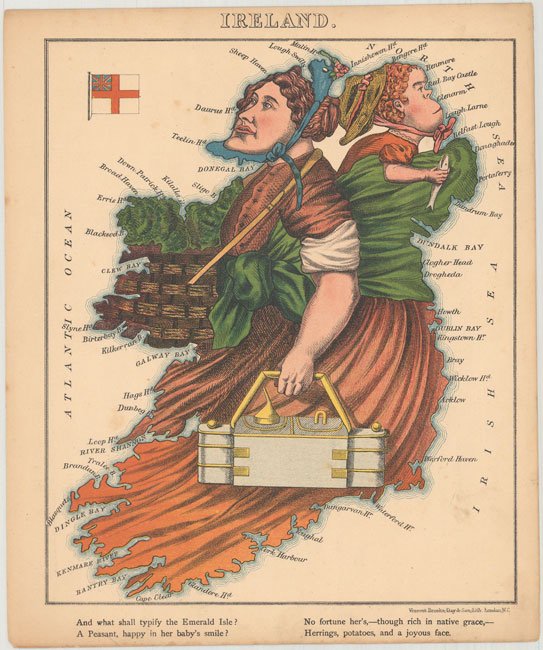 This caricature map depicts Ireland in the late 19th century in the form of a peasant woman carrying a basket of produce with a baby strapped to her back.  This map is one of a series of twelve maps of Europe that depicted the political geography in human form as  satirical publications.  The original concept came from a young girl’s drawings made to amuse her sick brother.  Aleph, the pseudonym for William Harvey, who complied the drawings and text that accompanied the issues.  His thought with the maps were to educate, in a humorous manner, an understanding of geography, rather than the political satire they eventually became.  His works first appeared in 1869 printed by Vincent, Brooks, Day & Son of London.  The map is rated Excellent [see our rating criteria on the Home Page] with strong original color and very light toning and several foxing spots noted.  The map measures approximately (8.1″ x 9.6″ – 21.2 x 24.4 cm).