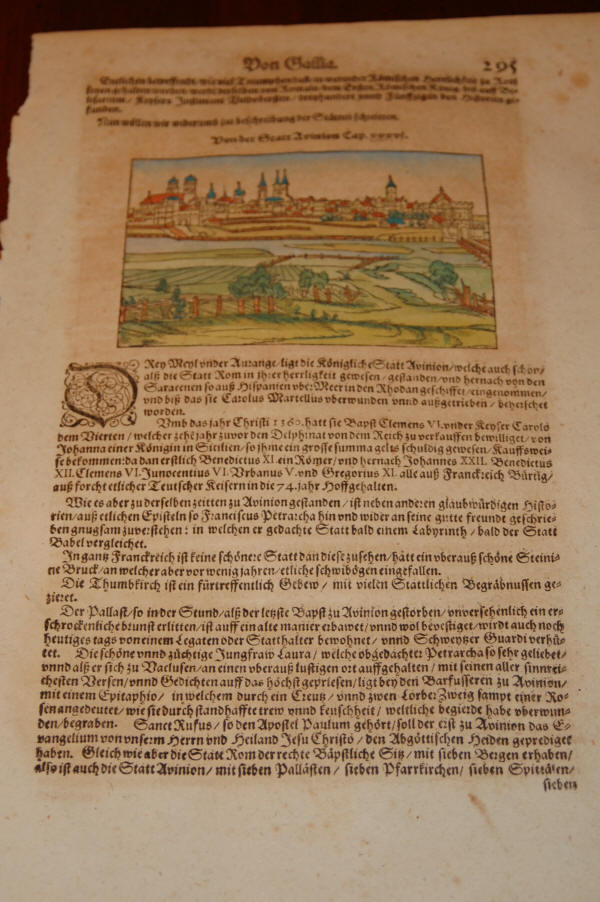 The Nuremberg Chronicle (Liber Chronicarum) was published in two editions, Latin and German; both in 1493. The many illustrations included both maps and views of towns and cities throughout Europe and the Near East, most of which were imaginary.  This page contains two images, one of a Roman city and the second, a .Roman aquifer. The publication was comprised of some 285 pages and 1,800 woodcut illustrations.   Hartmann Schedel, a physician of Nuremberg was the editor-in-chief, the printer was Anton Koberger and among the designers of the illustrations were Michael Wolgenut and Hanns Pleydenwurff.  The page is hand colored of the city scape and on the verso; the image b/w of a Roman aquifer.  The print is rated Very Good  [see our rating criteria on the Home Page] with some light foxing noted not affecting the text or images.  The page measurers approximately (14.1″ x 9.5″ – 36 x 23.5 cm). 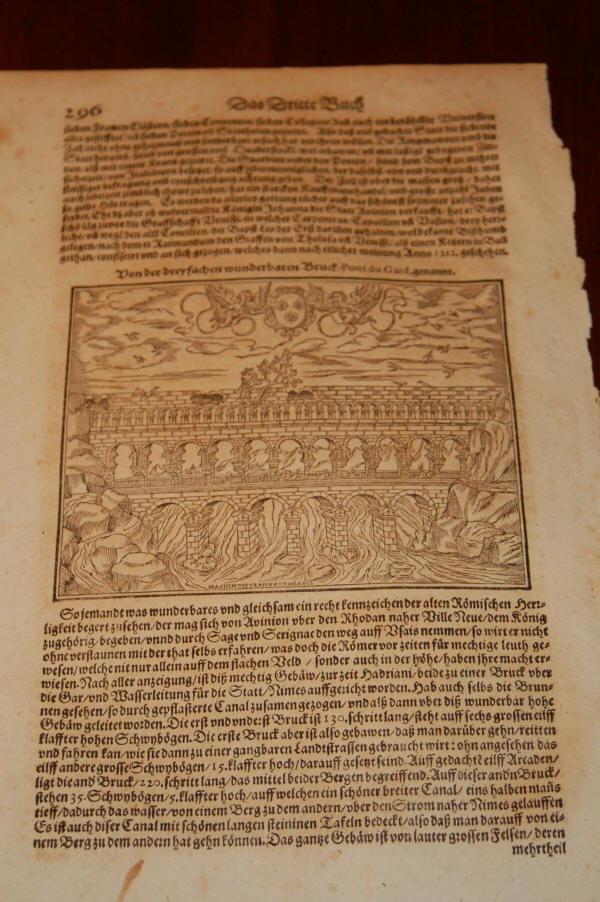