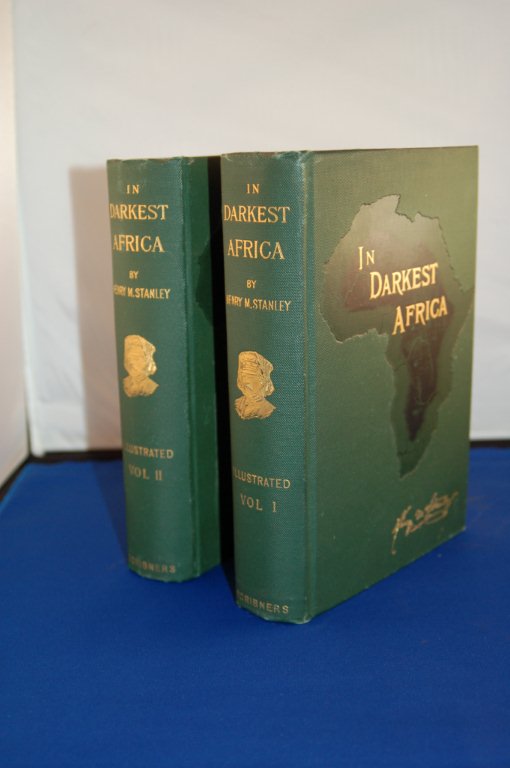 This is the two volume, 529pp & 472pp 1st American edition set, signed by the author, limited to 250 copies. The story of Henry Morton Stanley and Dr. Livingstone is a well known piece of world history. When Stanley was born in Denbigh, Wales, his mother, Elizabeth Parry was 19 years old. He never knew is father, who died within a few weeks of his birth. His parents were never married and his birth certificate refers to him as a bastard child; this weighed heavily upon him all his life. Stanley originally took his fathers name ( John Rowlands). Brought up by his grandfather until the age of five when his guardian passed away; Stanley was then sent to St. Asaph Union Workhouse for the poor until the age of 15. During this time he completed an elementary education and gained employment as a pupil teacher. In 1859, at the age of 18, he made passage to the United States. Upon arrival at New Orleans, he happened upon a wealthy trader named Henry Hope Stanley. By his own accounts, he approached the man and asked “do you want a boy, sir?”. The youth ended up taking Stanley as his name and was indeed adopted by Henry Stanley who died in 1878, leaving his son Henry Morton to pursue a career as a journalist; a trade he learned during his Civil War experience aboard the Union ship Minnesota (Stanley also served briefly in the Confederate Army). After the war, he eventually found employment with James Gordon Bennett, founder of the New York Herald. Bennett was impressed with Stanley’s direct style of writing. So much so, the newspaper made him their overseas correspondent and in 1869, was instructed to find the Scottish missionary and explorer “David Livingstone”. In November of 1871 Stanley found Dr. Livingstone at Ujiji near Lake Tanganyika (present-day Tanzania). The two volume set offered here is bound in green cloth . The front boards display an embossed outline of Africa, gilt-stamped facsimile signature beneath. There is a guilt stamp bust of Stanley on the spine. Both volumes boast steel engraved frontispiece of Stanley. There are 150 illustrations combined. The pocket at the rear of each volume contains large folded maps of Africa, with original color depicting his tracks; a total of three maps. The volumes are in exceptional condition, displaying only very light shelf wear and a few scuff marks. Binding is sturdy, a very clean set overall of this rare publication. The publications measure approximately ( each – 6.4″ w x 9. 1″ h. – 16 x 22.9 cm). 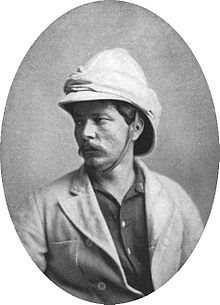 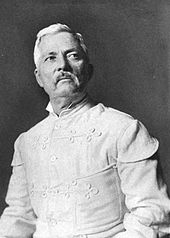