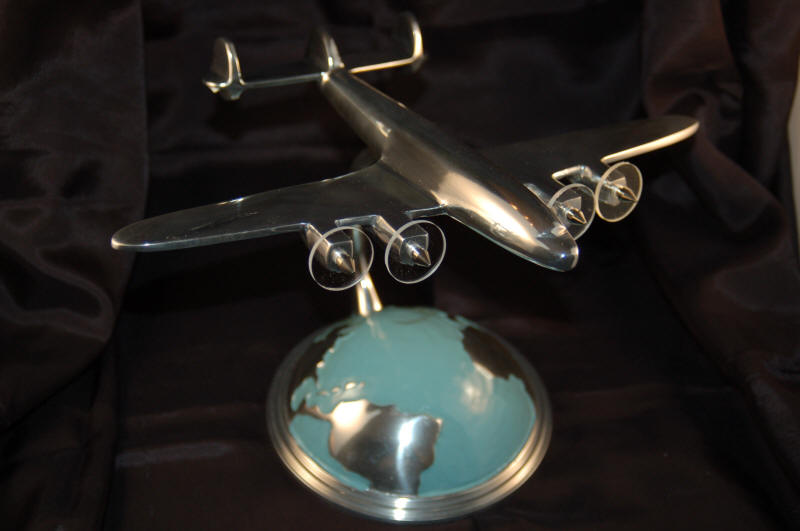 In the late 1940’s the Super Constellation aircraft was added to the fleet by Lockheed Aircraft. Affectionately known as the “Connie” the plane soon became the flagship of Trans World Airways (TWA). On February 6, 1946 service began with a New York to Paris flight. Our travel agent globe features the Connie , cast in polished aluminum and sits atop a half globe base (8.25″ x 10.5″ x 6.75″).