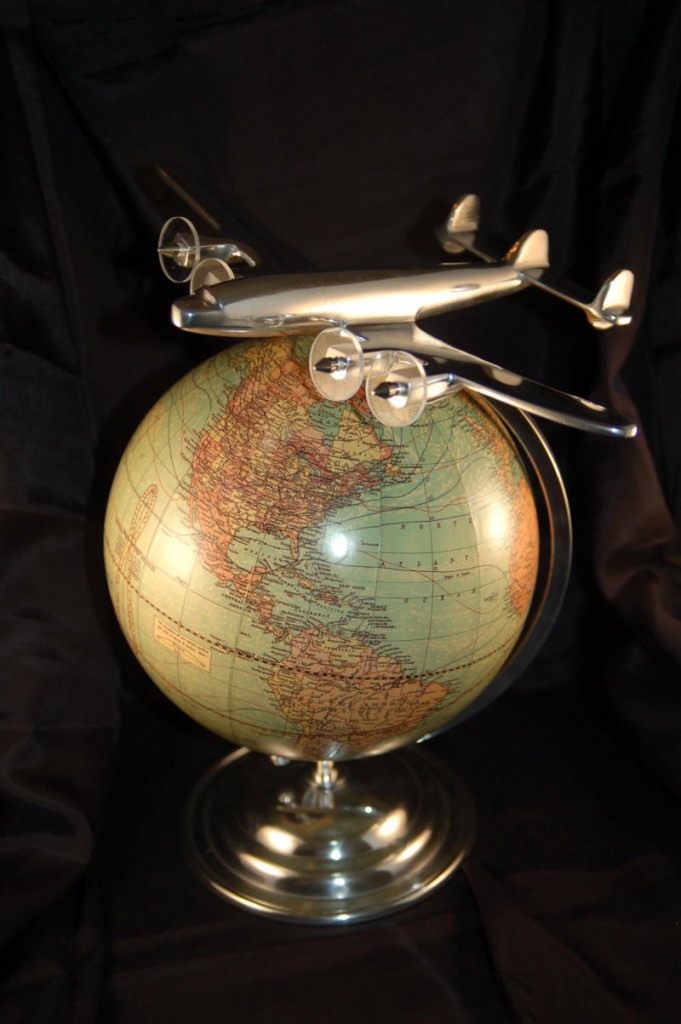 The 1940’s Super Constellation aircraft became part the Lockheed Aircraft fleet. Affectionately known as the “Connie” the plane soon became the flagship of Trans World Airways (TWA). On February 6, 1946 service began with a New York to Paris flight. In addition to the above travel agent globe featuring the Connie cast in polished aluminum; we also offer here a 7″ globe that features the same Connie aircraft atop a reproduction of a 1937 Weber Costello globe (11.3″ h x 7.5″ w) mounted on a polished aluminum base with a ½ meridian.