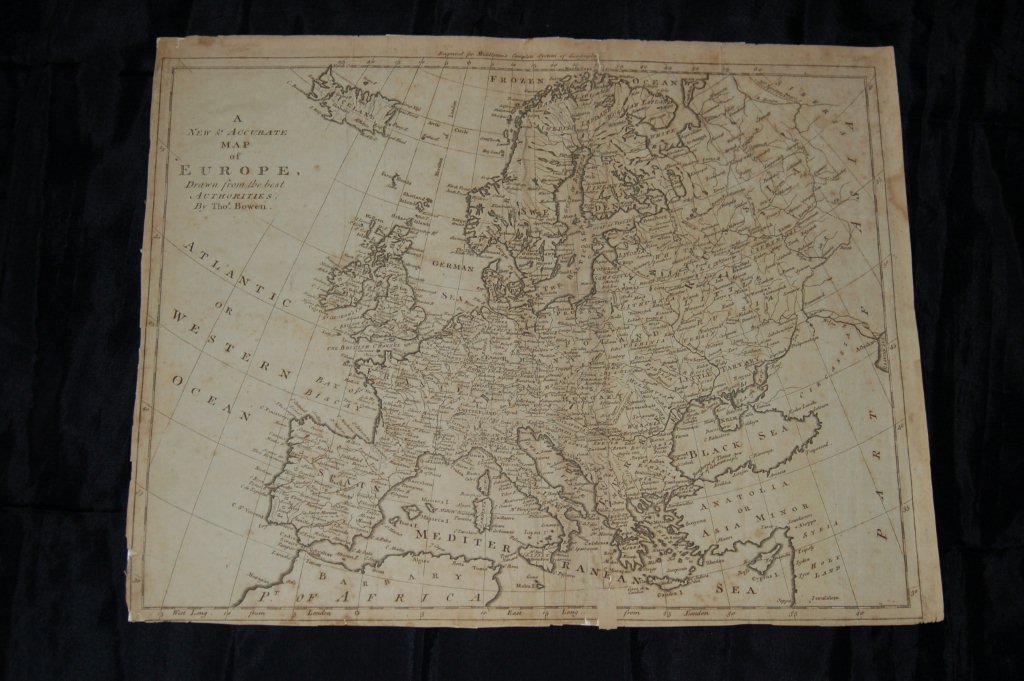 A copperplate engraving of Europe published in the A Complete System of Geography.  The map shows the political boundaries of the time as well as place names, noting adjoining regions such as “Anatolia or Asia Minor” , the Black Sea and the Mediterranean Sea.  The east coast depicts the Atlantic or “Western Ocean”.  There is significant detail of roadways and waterways. Thames Bowen died in 1790 in poverty and living in the Clerkenwell workhouse in London.  The son of Emanuel Bowen, he produced a number of cartographic renderings.  He began his career as an engraver to his father with the first subject ; The American Plantation, 1749 , and then the  British and French Settlements in North America, 1760.  The map is rated Fair [see our rating criteria on the Home Page] with noted tears along the edges, tape applied to the centerfold at the bottom, and re-enforcing paper on the verso, not by a professional.  It measurers approximately (17.5″ x 13.4″  – 43.3 x 33.8 cm).