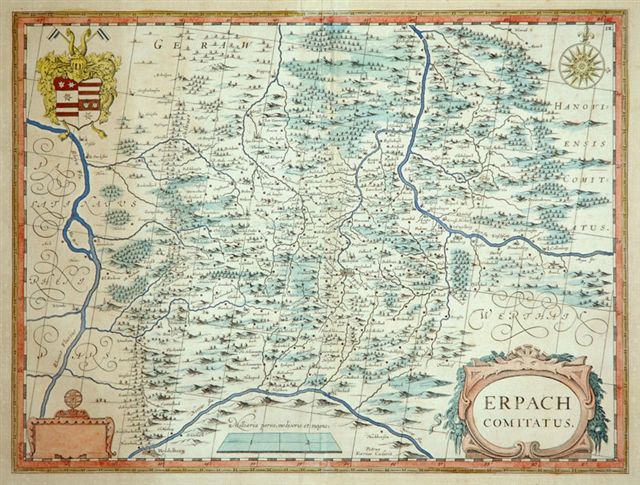 A copperplate engraving in original color with a blank cartouche at the lower left. This map, with van den Keere’s signature; first appeared in Jansson’s Atlas Maioris Appendix of 1630. The map again appeared in later editions of the Mercator – Hondius atlases with verso text. Whereas this edition is blank on the verso. Covens & Mortier obtained the plate much later bearing the imprint: Amstelodami Typus Gerardi Valk et Petri Schenk. This printing by Keere has an ‘IX’ in the upper right of the image. Keere was an engraver, globe maker and bookseller. Born in Ghent, he was trained by Jodocus Hondius, his brother-in-law. The map is rated Very Good [see our rating criteria on the Home Page] with faint tape marks on the verso, light toning noted and measures approximately (14.0″ x 18.5″ – 35.5 x 45.3 cm).