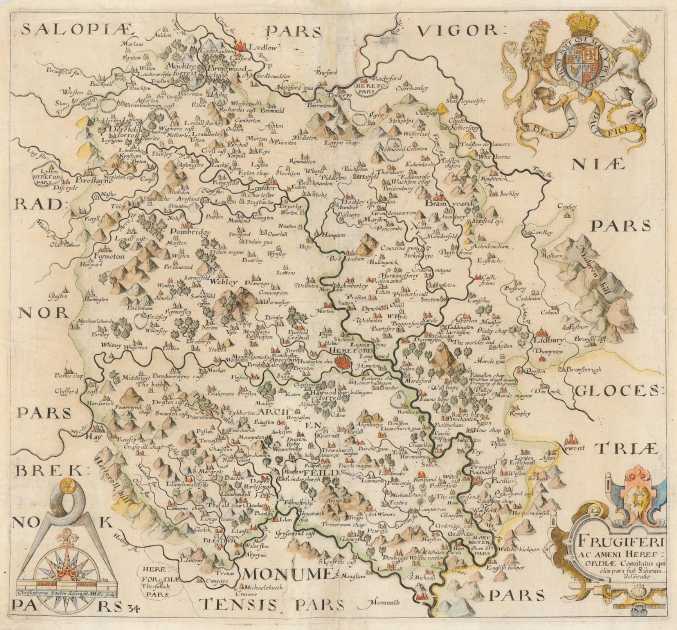 Christopher Saxton became known as the ‘father of English cartography’. During his career he carried out extensive surveys of England and Wales between 1573 and 1578. This map of the Hereford area is typical of Saxton’s style with tress, mountains, and towns depicted. The enchantingly-named Gilden Vale is shown in the southwestern portion of the map. A detailed title cartouche and the coat-of-arms of England is depicted in the upper right corner. It is believed that this map was published by the son Robert Saxton after his fathers death in 1610. The map is rated Very Good [see our rating criteria on the Home Page] with some loss of paper noted in the upper left of the margin and repairs made thereto; not affecting the map. The map measures approximately (12.3″ x 11.3″ – 31.3 x 28.6 cm).