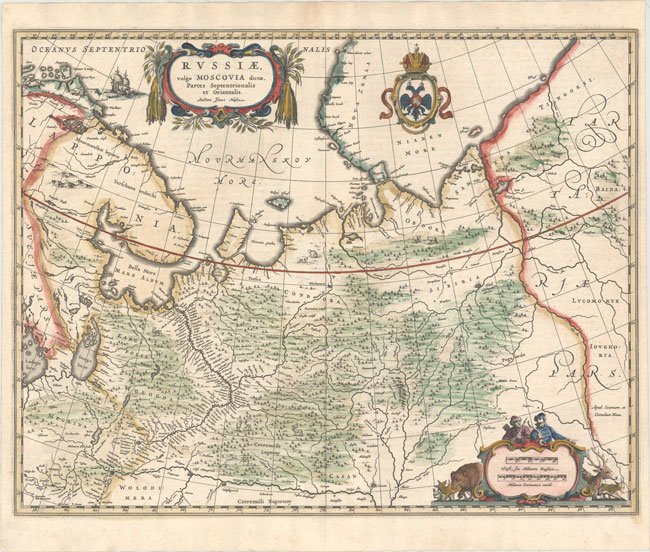 The map is based on the travels of Isaac Massa, who visited Moscow in the early part of the 17th century.  Coverage extends from Finland to Siberia and from the Jenisej River to the Volga River.  A partial coastline is shown from Novaya Zemla long the top portion of the map.  Beautifully engraved, the title cartouche is flanked with pelts, hunters, and wide variety of animals that surround the distance scale.  The imperial Russian Empire crest is shown at the top.   The map is nearly identical to Jansson’s map by the same title.  The Blaeu imprint appears above the distance scale.  Rated Excellent [see our rating criteria on the Home Page] the map shows some marginal soiling and two small worm holes in the blank bottom portion.  In original color, the map measures approximately (21.3″ x  16.4″ – 54.1 x 41.7 cm).