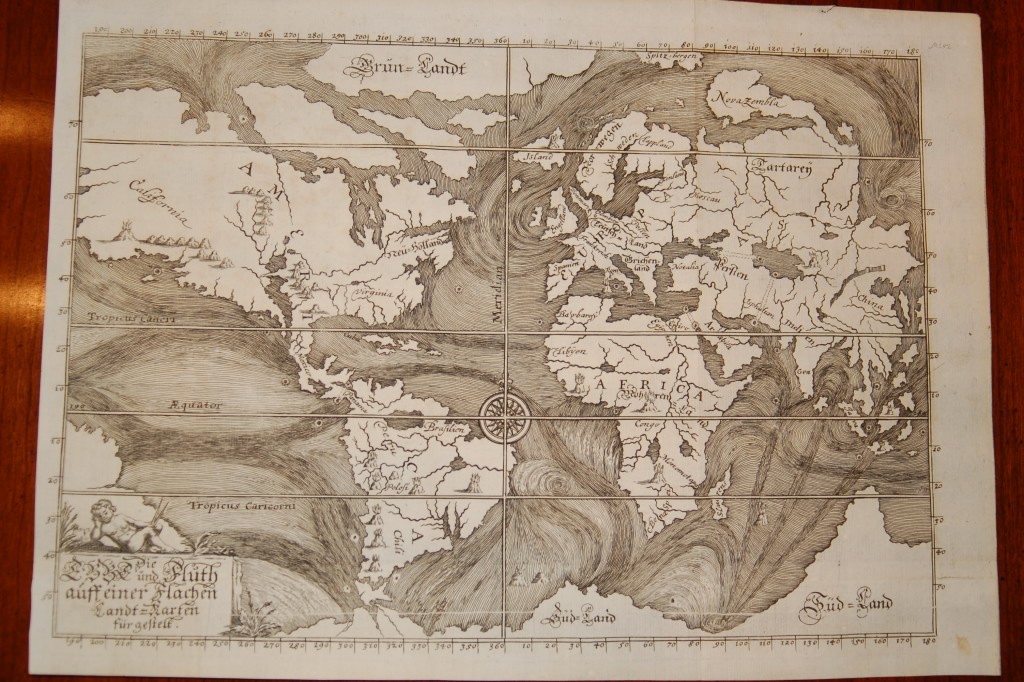 This is one of the earliest thematic maps of the world. Five years after Kircher’s death in 1680, another map of ocean circulation and tides was produced by Everard Werner Happel (Happelius). Happel was a geographer, historian and writer. The map appeared in his Mundus mirabilis tripartus in 1687. The ocean currents are graphically depicted and although conjectural, the map is the first serious attempt to portray scientific phenomena based on the reported findings of seamen. Happel’s map is another example of the versatility of the time. Four curious tracks, perhaps denoting subterranean tunnels, link the Black and Caspian Seas, the Caspian Sea with the Persian Gulf, the Mediterranean with the Red Sea, and most interestingly the Atlantic with the Pacific through the Isthmus of Panama. Gigantic whirlpool-like features are shown in the oceans off Siberia, Antarctica, Norway and the Atlantic between Brazil and Africa. The map is rated Very Good [see our rating criteria on the Home page] with fold marks noted as issued and slight soiling. The map measures approximately ( 11.4″ x 8.0″ – 29.0 x 20.4 cm). [from the estate of the late Dr. Louis DeVorsey]