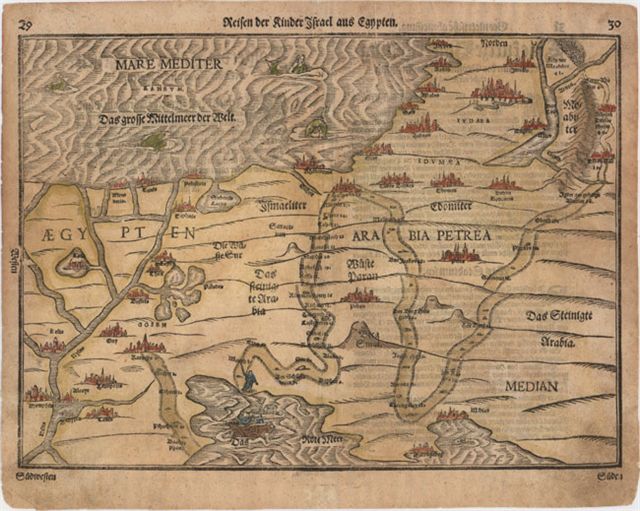 A dramatic woodblock map illustrating the routes taken by the Israelites in their Exodus from Egypt. The map is very graphic with illustrations of the Pharaoh drowning in the Red Sea and Jonah seen on the back of a whale in the Mediterranean. The map extends from Jerusalem and Median in the East to Babylon, Mephis and most of the Nile River Delta in the West. This rare edition was taken from Bunting’s Itinerarum which was published in various languages between 1581 and 1757. The map is rated Very Good [see our rating criteria on the Home Page] with several small worm holes noted that have been professionally repaired on this hand colored 17th century woodblock offering. It measures approximately ( 14.4″ x 10.4″ – 36.6 x 26.5 cm).