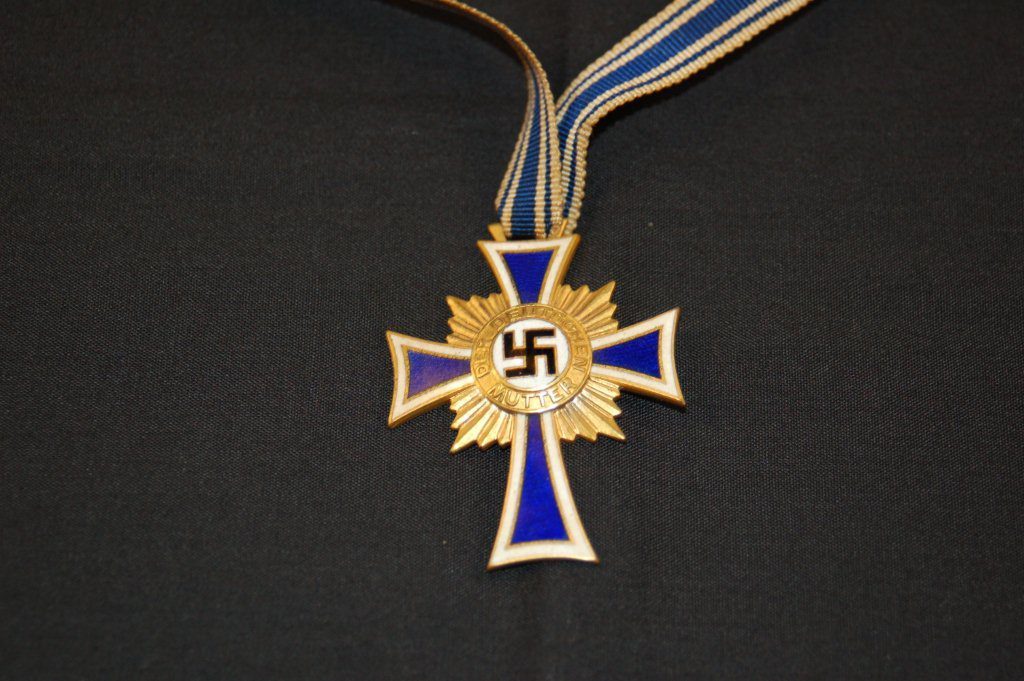 The Mother’s Cross was first used in WW I as the war took a heavy toll on German men. As Nazi Germany began to evolve, Hitler took steps to insure German children increased as his “Aryan Race” began to take shape. The government paid cash for each child born. The propaganda campaign was given added impetus when on December 16, 1938 Hitler instituted a new award to honor German motherhood. The Cross of Honor of the German Mother was created. There were three levels of the award. This metal is the gold first class level for bearing 4 – 5 or more children. The next level was silver and the third level bronze. On the verso of this metal is inscribed 16 December 1938 with a facsimile of Hitler’s signature. Offered in a preservation box, the metal is in Excellent Condition [see our rating criteria on the Home Page]. All item come with a Certificate of Authenticity inscribed with the purchasers name. 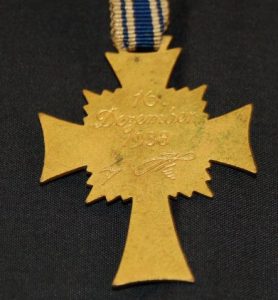 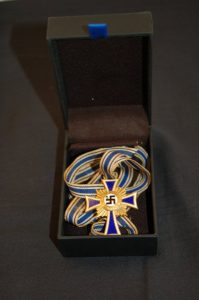 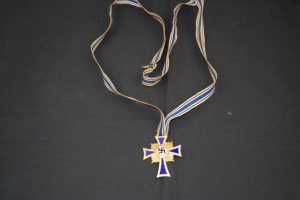