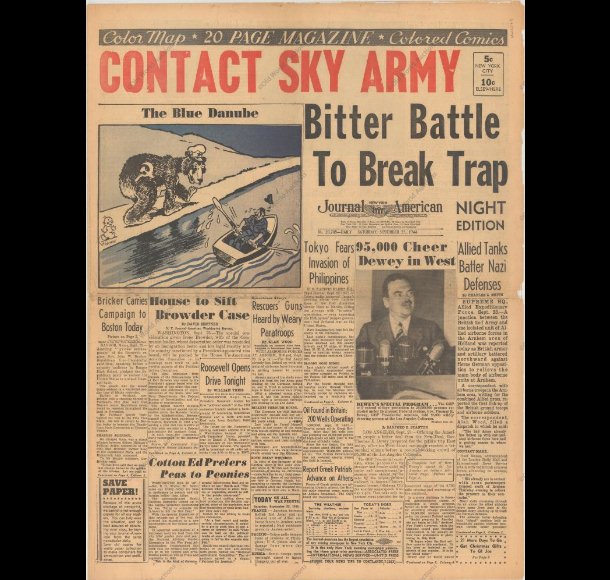 The newspaper New York Journal American in September 23, 1944 published on the back page map titled “Plan for Peaceful Germany Must Strip Prussia of Power”.  The map shows a large Prussia occupying the north in blue, with the states of southern Germany in light gray.  The front page of the paper shows a humorous illustration of as Russian bear stalking Hitler in a rowboat on the Danube River.  Other interesting articles of the time give glimpse of the thinking of the time.  The newspaper pages condition are Very Good [see our rating criteria on the Home Page] with light toning noted and a few tiny tears along the fold line that have been closed on the verso with hinge tape.  Several other small edge tears have also been closed on the verso.  The pages, in color, measure approximately (16.4″ 14.3″ – 41.7 x 36.3 cm). 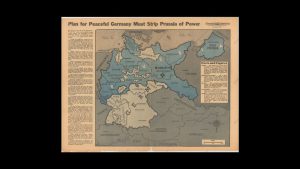