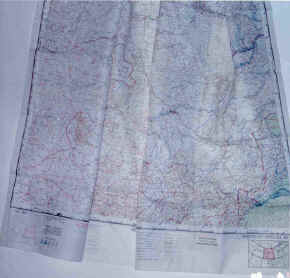 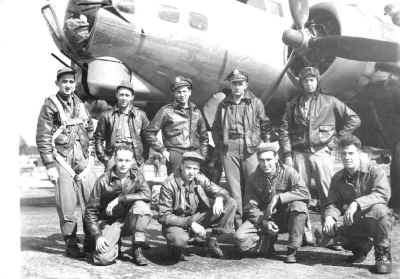 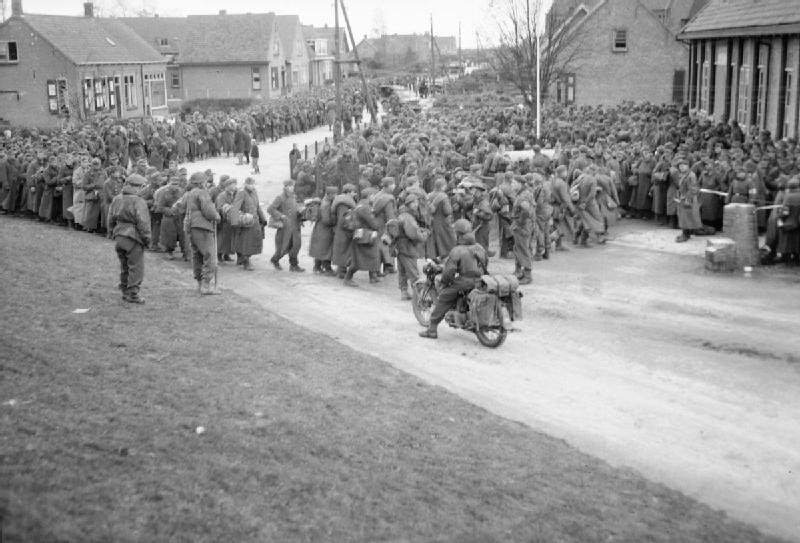 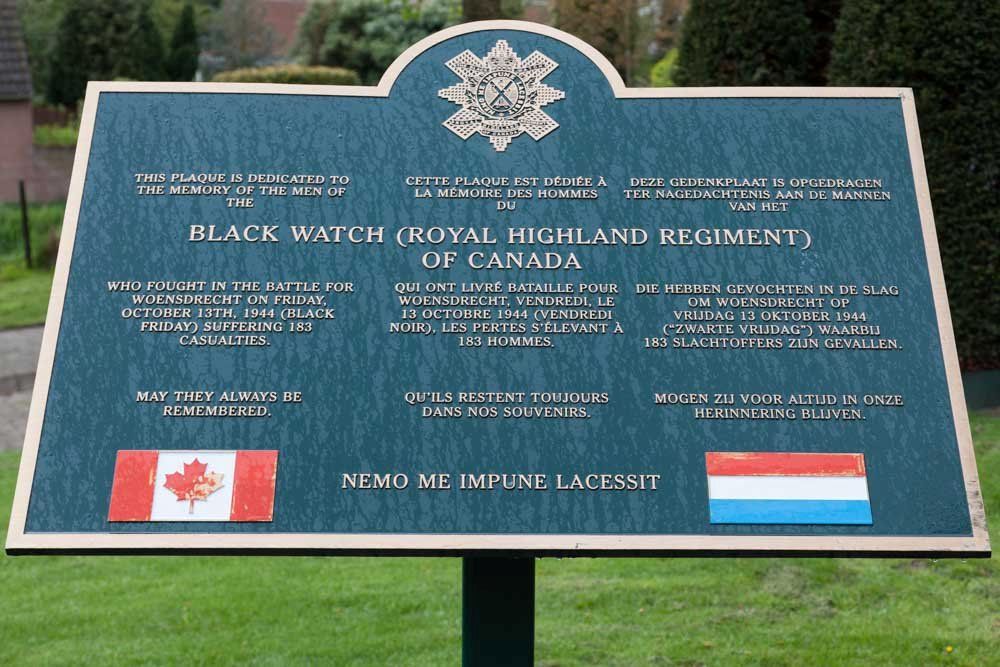 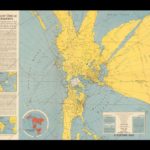 The map is based on the gnomic projection, developed by the U.S. Coast & Geodetic Survey as a result of the Air Commerce Act of 1923.  Air routes were shown… 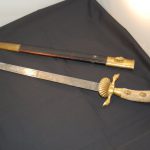 Prior to the 3rd Reich and Nazi Germany, the National Forestry Service controlled the vast lands of Germany’s many forests.  During the 3rd Reich, Hermann Goring was made head of… 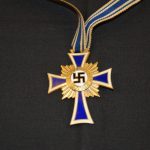 The Mother’s Cross was first used in WW I as the war took a heavy toll on German men. As Nazi Germany began to evolve, Hitler took steps to insure… 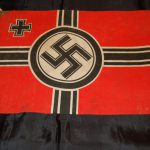 The flag was found in a German bunker on Walcheren Island, Netherlands.  The German Atlantic wall system, referred to by Hitler as the “Fortress Walcheren” was occupied by the 202… 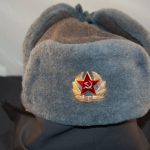 The Ushanka hat was used by the USSR Army as standard winter issue.  The hat is made of thick gray natural wool and sheep fur.  Well lined with ear flaps… 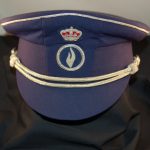 The hat is worn by the Belgium security forces throughout the country.  It bears the Royal Crown of Belgium and signifies their security symbol.  The hat is new and indicates… 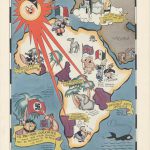 The article was written by Richard and Peggy Yardley for the June 2, 1938 edition of Ken Magazine.  It graphically depicts Hitler’s desire to reclaim lost colonies in Africa as… 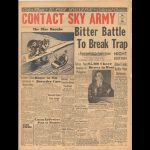 The newspaper New York Journal American in September 23, 1944 published on the back page map titled “Plan for Peaceful Germany Must Strip Prussia of Power”.  The map shows a… 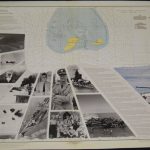 The Battle of Midway was fought June 3 – 7, 1942 at and near the island of Midway in the central Pacific Ocean.  It is considered to be the decisive… 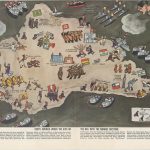 801.108 - South America Under the Axis or Heil with the Monroe Doctrine, 1938, by the Ken Magazine, London (Zoom image – Hover slowly over image to see detail)

This satirical map denounces the infiltration of the Axis powers in South America just prior to the outbreak of WWII.  Cartoon like figures of Nazi German soldiers, Italian and Japanese…